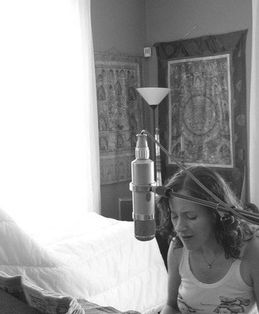 A late bloomer, South Australian born Elizabeth describes writing and performing her own music as finally coming home.  It was a life long dream to pull together her love of jazz, beautiful songs, albums and experiences as vocalist, pianist, flugelhorn player and song writer. But it's been a long journey since she first began playing a toy keyboard age 4 .

Starting piano lessons at age 6, in seventh grade she auditioned for a term of free trumpet lessons at school, horn included, which came about because the school band was short of trumpet players.

At 14 her trumpet teacher encouraged her to try out for a local rock band that performed at local school dances in which she played keyboard, trumpet and sang.

The band opened the door to making music purely for fun for the first time. Here was musical room to move, without the need to have every note perfect that came with classical repertoire at school and in its choirs and orchestras, though she remains grateful for the habit of discipline it taught.

As section leader, she toured twice with the Pembroke Girl's Choir performing in cathedrals in Switzerland, Hungary, Germany, England, in 1984 and 1987 and following school completed a Bachelor of Music Performance degree at Adelaide University on Trumpet. 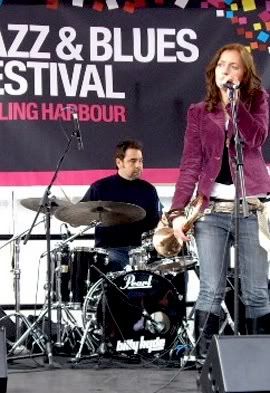 Three years into the trumpet degree, taking Hal Hall's jazz improvisation class one day opened a door to the world of jazz.

Again, the freedom to create without limits and break free from the need for perfect accuracy was to shape her next step forward. Elizabeth spent hours a day, looping the music of Freddie Hubbard, Carmen McRae, Pat Metheny to mention a few.

Switching from classical to jazz halfway through the degree, Elizabeth graduated in 1993, and had begun supporting herself as a freelance jazz trumpet player and pianist/ singer.

In 1995 along with her husband lead trumpeter Darryl Carthew, Elizabeth performed concerts in the USA including the Monterey Jazz Festival with the Pembroke band and Don Burrows, sharing the stage with Bobby Shew and Bill Watrous.

In 1995 Elizabeth moved to Sydney with husband Darryl, where she continued to freelance as a trumpetplayer in big bands and jazz groups, performing at jazz festivals all over the country including Thredbo, Manly, Adelaide, Monselvat, Newcastle, Brisbane River, Darling Harbour and Australian Jazz Festivals.

In 1997 Elizabeth was a featured flugelhorn soloist in Judy Bailey's commissioned piece Out Of The Wilderness in Adelaide.

Working regularly as a featured jazz singer and trumpet soloist with John Morrison's Swing City for the next few years, Elizabeth performed at the Duke of Edinburgh Awards, the Legends of Jazz at Jazz in the Domain,with James Morrison at the opening of the Sydney Olympic Games in 2000 , and  in various big band lineups suporting artists at one time or another including Marcia Hines, Harry Secombe, Gene Pitney and USA's Barbara Morrison. She also performed with the Don Burrows Quintet and regularly with the Errol Buddle Quintet.

In 2000,  encouraged by her singing teacher Kerrie Biddell, Elizabeth recorded a self titled album of jazz standards. It made the Birdland Bestseller list in 2000 and was launched that year at the Darling Harbour Jazz Festival. Media reviews, community and national ABC radio support followed with jazz icon Don Burrows declaring it 'very very special...a uniqueness you want to cling to.. the best record I have heard in a long time.'

In 2001 Elizabeth began hosting radio show Jazz At 5 with John Morrison on 2NSB FM/99.3, later hosting her own show for several years and a second show at Eastside Radio 89.7FM.

In 2003 Elizabeth began songwriting for the first time, collaborating with Australian Songwriter Of The Year, multi award winning Tony King to make album The Dream. An album noted for its timeless fragile beauty, ABC's James Valentine said 'Every time I play a track from this album, I get callers; "What was that beautiful thing you played after the news..."

She assembled a band to perform it including Bill Risby (piano) Hamish Stuart / Nic Cecire (drums) and Gary Holgate/ Jonathan Zwartz (bass) with whom she performed a national tour, launching in Melbourne at Bennett's Lane, Adelaide at No Leiz, Sydney at The Basement and The Famous Spiegeltent in 2003. 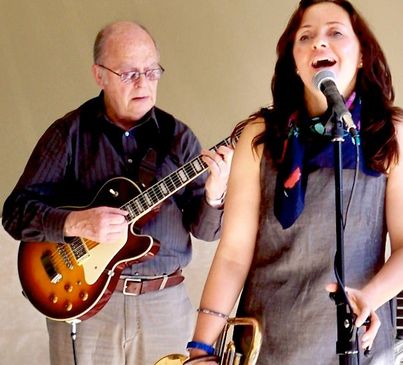 In 2007 Elizabeth released third album On Patrol With the Jazz Police and performed her songs extensively in New York, Los Angeles and Paris, opening up the possibility of a new international fanbase.

The late Bruce Lundvall of Blue Note/ EMI, who signed Willie Nelson, Wynton Marsalis and Norah Jones among others featured Elizabeth's music on his Sirius XFM radio show Blue Note Hour/ New York in 2013 and became a champion before his passing from Parkinson's Disease in May 2015 saying
"She's a force of nature. Amazing singer and songwriter, original vocalist, wonderful trumpet player and multi instrumentalist. She writes songs that come directly from the heart.”

In 2009 Elizabeth's song The Dream won Best Song at international music competition IAC (now defunct) and was featured on the American US Smooth Jazz Compilation Album in 2010.

Between the years of 1997 and 2013 Elizabeth also held various long term residencies performing at Sydney's  Star City Casino, at exhibition openings for the Friends Of The Art Gallery of New South Wales including the Archibald Prize. She also performed regularly as a pianist/vocalist at the Ritz Carlton, Marriott Hotels, Sheraton Wentworth, Park Hyatt, Westin and Hotel Intercontinental.

She also regularly song wrote with Nashville based country artist and former CMAA Female Artist Of The Year Dianna Corcoran and Jim Moginie, founding member of Midnight Oil with whom she has also recorded.

In 2016, Elizabeth recorded her fourth solo album The Bridge with USA's award winning multi instrumentalist Paul Adams, with whom she also collaborated  for album Imaginings, which won the Zone Music Award in 2015 for Best Contemporary Instrumental Album and debuted at No 1 on the iTunes New Age Chart. 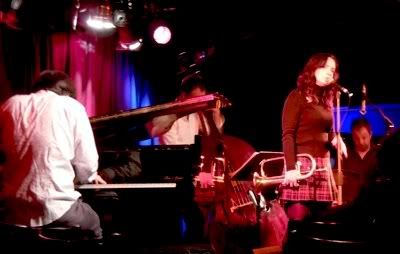 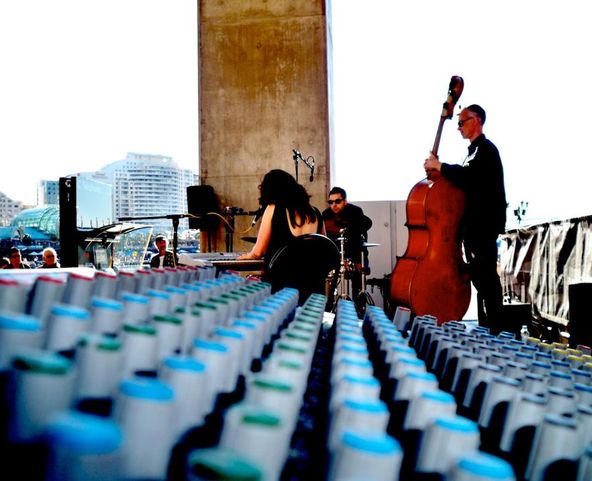